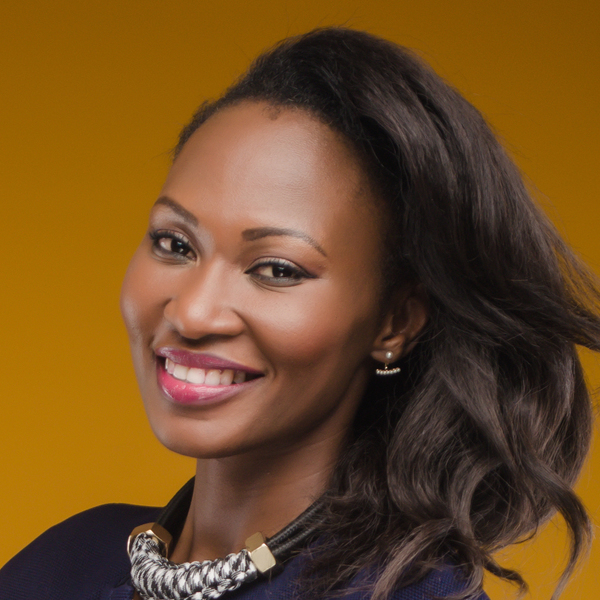 Now reporting and presenting for BBC World News from across Africa and beyond; Nancy Kacungira is a Ugandan journalist who previously worked in radio and television in Kenya, Uganda and Tanzania for more than ten years. Nancy’s work as a champion of diversity, balance and nuance in narratives about Africa has won her several awards including the inaugural BBC World News Komla Dumor Award in 2015, and the Women For Africa International Award in 2016. Recognized as one of Uganda’s most influential women of 2017, Nancy has presented on some of the world’s biggest platforms including TedX, the World Economic Forum and her country’s first ever Presidential Debate. She holds a Master’s degree in International Communications from the University of Leeds. With a background as an entrepreneur, Nancy co-founded the Blu Flamingo digital agency, which now operates in five African countries. More on Nancy at www.kacungira.com

You have a fierce love for Africa and believe that Africa should proactively create its own stories and dialogues rather than seeking to change narratives by others?

Unfortunately defining Africa as a whole has often necessitated looking at the continent from the outside, from a foreign perspective. We as Africans need to redefine our identity internally. We need to think about our ethos, ethics, what we believe about ourselves and how we are being proactive and deliberate about portraying Africa. Countries like America are very intentional about projecting their identity; their movies, banknotes, flags all reflect this. We need to look at our reality though both eyes; be proud about what’s working but also be honest about what needs to be redressed.

What would you say is Africa’s most positive story?

Africa’s most positive story is the millions of people on the ground who are taking their destiny into their own hands and doing their bit to make their communities better. It offends me when I sit on a flight and watch pleas for aid for poor African kids. I don’t want where I come from to always be associated with this. When I travel in Africa I see people concerned with what difference they can make. We must highlight these efforts and solutions even if they are small because we can only fight the negative perceptions of Africa so far. We need to focus on changing the reality on the ground.

Sometimes people on the ground especially in the rural areas don’t realize how significant their solutions are. How can these people and their work be amplified?

I don’t believe in people doing things for the sake of recognition or for personal visibility. We’ve been made to feel powerless and we complain about government not doing this or that as if we have no agency as people. We must demand more of ourselves with our words and actions. We must focus on how things can and are making a difference no matter how small and acknowledge those who are doing so because one or two people have ignited revolutions. We need collective action. I think we must do good wherever we can expecting nothing in return.

You were the first winner of the BBC Komla Dumor Award. You’ve talked about how this experience felt like ‘a curtain being raised and finding yourself on a huge stage’ How did you scale so quickly performing excellently from a national station to an international one in a matter of months?

What you do never changes, it’s where you do it. I am really grateful for this opportunity and for my mother’s advice to me which was: “Don’t work for a company but work for your values”. How I perform aligns with my values and potential. When I joined BBC, they expressed hope that I would learn a lot from them. I definitely intended to, but also indicated that I hoped they would learn from me too. I always aim to bring value. I have also been able to do what I do because I am not driven by others’ impressions of success but by what God’s grace and my potential is leading me to. I spend time seeking God with all my heart. Sometimes, I even go off social media and invest time hearing from God and I get answers which confirms His direction for me.

So what is success for you?

It’s growth towards my specified target. Success should be measured against potential and doing the thing that you care about, that gives you fulfilment whether you get recognized for it or not. It’s not always easy to do this and sometimes I have doubts and have asked myself in some cases if I did the right thing. But no one can define success for you, otherwise you’ll be stuck at something that should make you happy, trying to take the path that you think others would applaud.

You co-moderated the Uganda presidential debates and such events sometimes attract cynicism in terms of whether they matter. How do you manage expectations in such cases and more generally especially as your work is in public view?

I keep in mind what my responsibility is. I can’t take responsibility for what’s not in my control. I judge success on effort not on result. My first time on TV was a jarring experience because I came from radio where you’re largely anonymous. With TV, I felt attacked with comments that had nothing to do with my job. It’s important to think about how to deal with comments. I knew I couldn’t build my confidence based on the nice comments. I decided to focus on opinions I could trust and forget about the rest as long as I prepared and put in my best effort.

How do you handle what must be huge pressure that comes with your work?

I am not swayed by pressure, which can be quite overwhelming if you allow it. It’s about assessing where you are, having a vision and strategies that keep you grounded for where to go. When I joined BBC, I had a little book where I laid out a vision that has guided me. I wasn’t necessarily going to go after opportunities just because they were prestigious or would make me look good. The heart of that vision keeps me grounded. With a clear vision, you’re not distracted.

Many of your admirers probably ask you many questions. What are the common ones people ask?

A common one is that it seems nothing fazes me and they want to know how I do it. That surprises me because whilst I may look composed externally, I sometimes have inner turmoil. Another question people ask me is “How did you progress so quickly?” The answer is I sought God and He did everything because I am not necessarily more talented nor do I have connections. I align myself with what God has planned for me. I do my part by working hard at whatever God blesses me with, and He multiplies my effort.

If a young person asked you what they could do that would most help them succeed, what would it be?

I would say invest most in renewing your mind. I wasn’t always like this. I have changed so much. When my brother and mother died, it caused me to think about the purpose of my life with depth and clarity and dedicating to the more I can be. I had to unlearn things and learn to shift my mindset. I invested in reading and in my strengths. The choices I have made in career, finances etc have happened because I improved my mind. I do radical personal development. Sometimes I pick a theme a month. I had to deal with procrastination for a whole year. I studied psychology books and the Bible, developed habits and eliminated tasks that didn’t add to the bottomline. I started little habits like getting my gym clothes ready the night before and not have to drag my feet in the morning. Getting the little things right helps with handling the bigger things. The key is in being deliberate.

For more information on Vera Ng’oma’s work and resources in leadership, personal and career development please go to www.verangoma.com or http://j.mp/verabooks