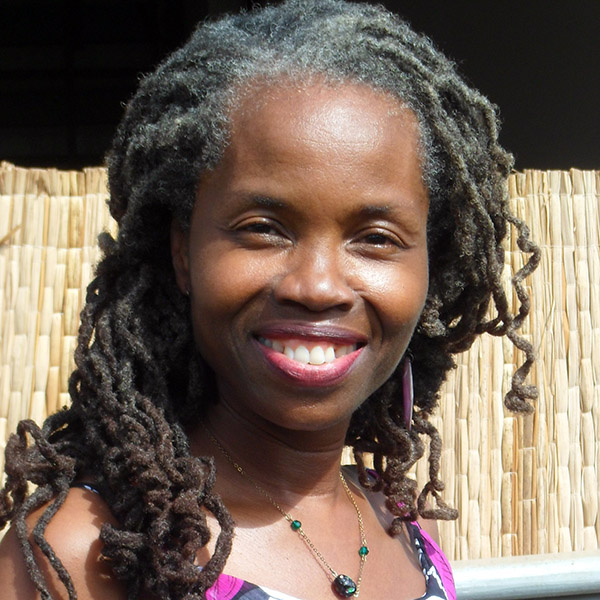 Ekua Bannerman-Richter is a lawyer, Business Adviser and health and fitness advocate. Ekua is Chief volunteer of the Longevity Project, a public-benefit organization working to increase the life expectancy and quality of life of Ghanaians. She is Race director of the Accra International Marathon (AIM) and conducts fitness training for corporate and individual clients in Accra. Ekua has successfully completed seven 42km marathons. She pursues an interest in leadership development in African youth and as a motivational and keynote speaker focuses on aspirations towards higher education and improved personal fitness and community health. Ekua has a B.Sc in Business management (summa cum laude) from University of Maryland and a Juris Doctor degree from University of California. She is Editor-in Chief of Africa Alive, a Health & Fitness magazine, former Editor-in-Chief of Cal Business weekly and ex-Executive articles editor of Berkeley Women’s Law Journal.

You have quite diverse experience- as a lawyer, business Adviser, worked in the US Air Force and now focusing on health and fitness interventions. How do you prepare for handling something new to give it the best chance of success?

When I take on something new, it’s either because of necessity or because I find the matter fascinating. Luckily, the latter is increasingly the case as time goes by. It’s rare nowadays that I find myself compelled to do anything that doesn’t interest me. When the challenge is fascinating, the danger for me is losing perspective and spending too much time delving into minutiae that may be unnecessary for success. For the most part though, hopping out of bed eager to tackle an interesting problem is a great ingredient for success, so my best preparation is ensuring my interest is engaged.

Staying healthy is obviously important for better quality of life but you’re quoted as saying that it’s ‘a religious and moral duty for one to keep fit’; how so?

That observation actually attributed to 18th century writer and moralist, Samuel Johnson, maintains, “To preserve health is a moral and religious duty, for health is the basis of all social virtues. We can no longer be useful when we are not well.” Though one might object a bit to its utilitarian bent, it rings true to me. You must be fit to serve your own needs as well as those of your community, however you define your community.

What are some of the unhelpful beliefs and myths about life and health that your Longevity project is helping to debunk even if indirectly?

We are entirely too fatalistic in this part of the world. I’ve come to believe that it’s due in part to laziness at some level. After all, if you really have no control over your fate, then there’s no point in exerting yourself, right? The minute someone concludes something is impossible, he or she’s given themselves an excuse for inaction. I’m happy to say that it’s been a long time since anyone tried to debunk information I was sharing about leading an active lifestyle by telling me that God determines when we’re going to die, so there is no point in trying. As Alice Walker has observed, “The most common way people give up their power is by thinking they don’t have any.” Helping folks to realize or discover the power we have over our lives by virtue of the numerous small decisions we all make every single day has been an important part of our work. We like to think that fewer sudden deaths are being blamed on hapless witches as we reach more and more people with information about hypertension and diabetes, our biggest silent killers.

You set out to make the Accra International Marathon (AIM) which you founded and now in its 11th year world class. Any tips/lessons you can share about how to achieve ‘world class’ standard in one’s endeavours?

Yes, we set out with a “world class” ambition, but we are admittedly far from achieving that goal. We underestimated the inhibiting impact of the relatively weak infrastructure, both hard and soft, in Ghana for a mass-participation sporting event such as the AIM.

The dearth of an expansive road network means, for example, that closing off roads for participant safety seems out of the question in areas with no easily accessible alternate routes (especially to traffic control officials who are not used to doing so). On the soft infrastructure front, the huge numbers of spectators, seasoned volunteers and experienced sponsors, essential ingredients of successful major marathons in other parts of the world, are definitely missing in action in Ghana.

However, the successes we’ve chalked up in terms of providing locals and expats alike with an event such as the AIM and in raising funds for local charities help keep our noses to the grindstone and our elbows in motion. I think persistence and learning from past mistakes to work smarter eventually lead to a satisfying sense of achievement.

You are accomplishing important things including the healthier lifestyle that you are championing which has potential to increase life expectancy and productivity. What other resource can Africa harness to increase its prospects for progress?

Undoubtedly, its human capital is the most important resource Africa needs to nurture and harness for the development and redevelopment of its economies. Any possibility of, if not leapfrogging over other economies, at least catching up with the rapidly advancing economies of the world depends on this. To amplify Emerson, the first wealth of a nation is the health of its population. Keeping in mind that physical health greatly affects intellectual rigour and many other dimensions of wellness, our relatively poor health means the potential of Africa’s populations to advance our own interests is still largely untapped. It’s not too simplistic to envision that our aspirations themselves will expand in tandem with an increase in our productivity.

What would you say is the source of your ability to make a difference across a variety of initiatives in different contexts as you’ve done over the years?

Wow, well, thanks, but I think you give me too much credit. But the few times I have felt that I made a difference, it was probably through my persistence—a persistence, when it’s warranted, borne out of passion. In the case of the Fundamental Human Rights Project I initiated shortly after I moved back to Ghana, it was a combination of compassion for the average Ghanaian and a passionate aversion to the abuses of power I routinely saw on display by those who had been empowered by the very people they sought to tyrannize.

How do you tell when it’s time for Ekua to move to the next level and how do you prepare to step up to that level?

For better or for worse, I don’t think I’m that conscious or deliberate about “stepping up” to the next level. I very much go with the flow and try to cultivate more consciousness of and appreciation for that flow.

What’s the best advice you’ve received that’s had the most impact on your leadership and impact?

My mother cautioned me never to pick a fight in school, but she warned me even more sternly, that I should never come home crying because someone had hit me and I didn’t hit that person back (and harder). Many would disagree with this advice, and, in a fast-changing world, I found it hard to pass it on to my girls as heartily as my mother had done. But I was a short child (and probably getting shorter as time works its magic), and what my mother’s admonition meant was that I was forced to fight back against mates that were much bigger than me. It didn’t really matter whether it was a fight I could win; if you hit me, I hit back. I was the bookish, tiny, foreign kid with the funny accent—a magnet for bullies, I’m sure, but mates soon learned to not pick on me.

I wish I could say I was fearless; I’m not. But the result of following my mother’s rule was that I did not back away from challenges and confrontations; I still don’t. I’m more afraid of being afraid to face a challenge than of the challenge itself. I hope what this does for those I’m privileged to lead is to give them the courage to take and accept reasonable risks in the pursuit of our goals.

If you were to hand over a journal of wisdom to young woman today on how to live an empowered life, what would be in it?

The same message I hope I’ve succeeded in imparting to my two daughters and that is to embrace life with passion and compassion, for self and for others, and to be driven by hope rather than fear.

For more information on Vera Ng’oma’s work and resources in leadership, personal and career development and excellence building, click here.